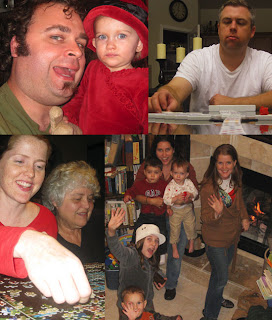 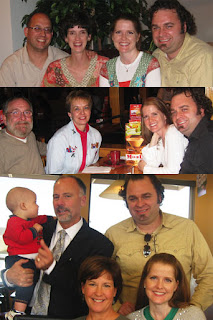 Sarah and I went back to Waxahachie for Thanksgiving. This was our first time back to since getting married. We had a wonderful time with Sarah’s family enjoying the deluge of food that is typical for this time of year. We not only ate but also enjoyed putting together some puzzles as well as playing dominoes…Bert (Sarah’s brother-in-law) became prolific at winning (darn him).

We were also able to connect with supporters during our time, catching them up on the future of our ministry. We are so grateful to the Cox’s, the Schuster’s, and the Box’s for spending time with us. The response we received from all three have made us even more excited about heading to .

The final part of our time in Waxahachie was spent assisting Sarah’s church, Water Street Baptist, with their Christmas Day Parade float. This is an annual event in Waxahachie that much of the community participates in. This years theme for the parade was “Story”, so the float was designed around “The Greatest Story Ever Told.” Despite some gray clouds spraying a bit of ran on us and threatening more we were able to complete the float and send it on its merry way for the parade. In the photos you ought to be able to see some “before” and “after” images as well as a short video below of the float in action (the audio isn’t the greatest, it was windy that day, but you get the idea). 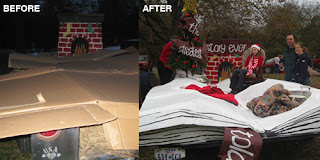