November has become a big month for us. It started way back in 2016 when we were challenged by an influential local artist to turn a small event into a larger event, and “Art Party” was born. As it has grown—pausing through Covid as all things did—the work has at times become taxing; but the outcome has always made us stand in awe of our God. This year was no different and, in some ways, more significant than the previous years.

Months before November we are prepping—arranging the content for each day and night, setting up web and social media related communication, cultivating old and inviting new relationships. In need of more sites to showcase art for our Juried competition, we approached a local business owner that had opened just under a year before. It was a great venue to show art, as the owner was already showing art to sell and even rented space for artists to have studios in her store. “Sharon” (not her name) seemed like a natural ally.

When we sat down in her store to talk about Art Party, Sharon was immediately and energetically supportive. It was not long before we knew she was “all in”— from there we just began to talk about details.

At one point, she shared with us something that was quite humbling and encouraging. She said in her year of being in our community and observing the various art groups and artists she thought, though small, there was a good variety. And everyone seemed to be doing “their own thing”, which wasn’t bad. Then she said, “But you guys seem to be the only group trying to weave them all together.”

Jesus said in Matthew 20 that He came not to be served but to serve—and the rest of that verse says that He came to give Himself as a ransom for many. One of the things that we have tried to do consistently with our fellow artist and arts groups here in Rock Hill is to ask the question, “How can we serve you?” There isn’t always an answer to that question, nor are we always able to help, but if we have the ability to do so, we try.

That moment of encouragement from Sharon grew even more for us as she ended up selling art by the artist that showed in her store for our Juried Competition. What’s more, several of the performing artists shared from up front that our events were a relief—about how much they had missed live performance with a physically present audience. One musician said his performance during our event was only the second time in 18 months he had performed “live”.

On the final night at the “Shindig”—our celebration party—several things happened that were also very encouraging. One was that the room was packed! In fact, we had set up an extra table for some late-comers & squeeze people in on the ends of tables to accommodate attendees. Another significant thing was that some of the attendees were local individuals from neighboring businesses and organizations that hadn’t yet participated in “Shindig”—including the newly hired director for the county’s Arts Council. And lastly, the winner of our Juried Competition walked in very late with her spouse and had barely sat down before we announced the winners—her being the first place winner. Her husband was so astonished he told us all that his wife had only just started painting at the beginning of the Covid pandemic—barely two years previous.

You might ask, “Where was Jesus in all this?”, not an unfamiliar question to us in our line of work. Our answer? He was right there sitting next to us when Sharon paid us that compliment. He was in the feeling of relief and healing felt by the performers who hadn’t performed “live” in almost two years. He was in the work of painting by our first place winner as she tried to process the harsh realities of the pandemic in her life and the world. Of those four people maybe only one of them attends a church or would even say they are Christian. But we continue to pray for and see Sharon almost every week. As for the other two artists? They are both local, and we pray that they see in us the Savior who came to serve, and give up His life, for them. Where was Jesus? In us.

And we pray one day all their eyes are opened to Him. That’s why we do what we do. And you all have been a part of that, and we are truly thankful for that. 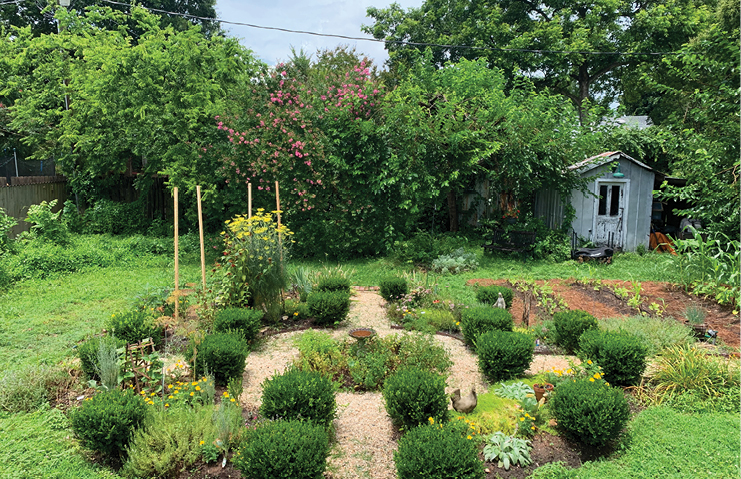 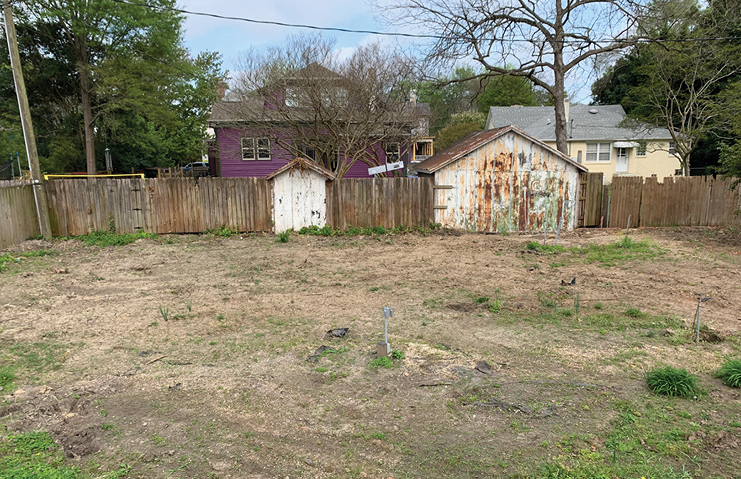 top: our backyard before having it cleared for re-grade; bottom: our backyard after it was cleared. Water run-off from the property to the right of our yard is ending up under our house so we need to have the whole yard regraded. The landscaper we had hired had health issues and stopped in the middle of the project.

>>We’re still unable to regrade our property—it has become kind of disheartening. Please pray God provides a landscaper to get this done soon.

>>Pray that God would prepare the hearts of those around us. We really want to see people here in our community trust Jesus. 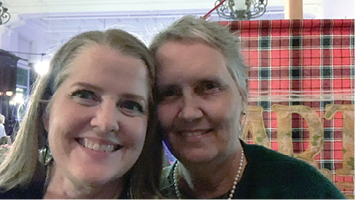 >>Audrey (Sarah’s best friend) is doing ok. You can follow along with her on her Caring Bridge Journal, here.

Curious about Art Party? check it out: 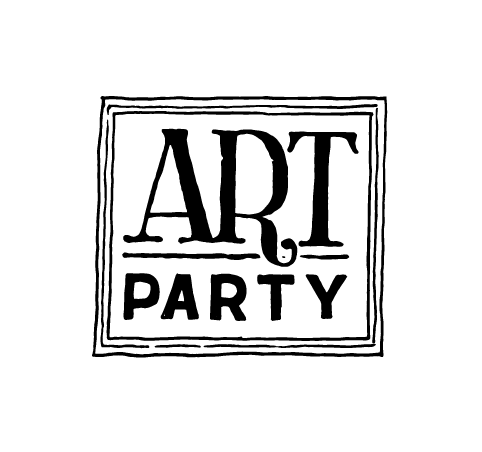