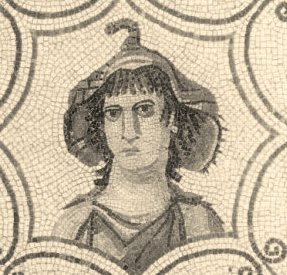 So I am deep into my reading in preparation for my upcoming summer classes. I have two in June, and I am arranging an independent study on the Images of Ancient Israel—really looking forward to that one. The first class in June is on Apologetics and is being taught by a visiting professor from RTS’s Jackson, MS campus. The book I am currently reading is a collection of excerpts from apologetic writings before 1500. The other day I was reading part of Tertullian’s Apology. Tertullian was a lawyer in the 2nd century AD who lived in Carthage North Africa. He is considered one of the early Christian thinkers that set a foundation for Carthage to become a center for theological discourse…Carthage was where Augustine (considered one of the greatest Christian thinkers) made his home in the 4th and 5th centuries.

I found this in chapter 17 of Tertullian’s Apology:

“The object of our worship is the One God, He who by His commanding word, His arranging wisdom, His mighty power, brought forth from nothing this entire mass of our world, with all its array of elements, bodies, spirits, for the glory of His majesty…The eye cannot see Him, though He is (spiritually) visible. He is incomprehensible, though in grace He is manifested. He is beyond our utmost thought, though our human faculties conceive of Him. He is therefore equally real and great…He is presented to our minds in His transcendent greatness, as at once known and unknown. And this is the crowning guilt of men, that they will not recognize One, of whom they cannot possibly be ignorant. Would you have the proof from the works of His hands, so numerous and so great, which both contain you and sustain you, which minister at once to your enjoyment, and strike you with awe; or would you rather have it from the testimony of the soul itself? Though under the oppressive bondage of the body, though led astray by depraving customs, though enervated by lusts and passions, though in slavery to false gods; yet, whenever the soul comes to itself, as out of a surfeit, or a sleep, or a sickness, and attains something of its natural soundness, it speaks of God; using no other word, because this is the peculiar name of the true God.”