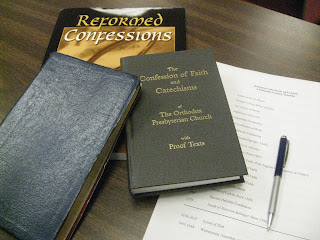 I was never the best student, at least in my habits. I had always been in the top classes and shown a higher level of aptitude, but I was never excited about gracing the halls of school. This continued even in college where I almost failed out the fall semester of my sophomore year (my mother is at this very moment horrified I would say this publicly…love you mom!). But I look on that time now and know my lack of energy for school was used by my Creator to reveal Himself to me. Because you see if I hadn’t almost failed that sophomore year I maybe never would have returned to God from my prodigal ways. That failure was my pigsty:

The feast and celebration prepared for me after that semester was my discovery of Philosophy and enjoyment in learning. I have always enjoyed learning since that time and over the years have desired to continue my studies through an advanced degree. I had even explored seminary when I first graduated college, but God lead me otherwise into ministry.

When I went to New York City and rediscovered my artistic roots again I found a worthy community to engage intellectually. I believe artists are some of the most thoughtful people around. They soak in many, many things, and think about them critically, because you see it fuels their creativity. If they didn’t their art would become shallow and shrivel up.

After a few years engaged with the arts I began to see that there was a wonderful history of the church engaged with the arts…but that history was mostly outside the bounds of the protestant tradition, my tradition. Outside of Francis Schaeffer, name one protestant in the 20th century who engaged the arts thoughtfully and had as wide an appeal as Schaeffer did? Maybe Rookmaaker…but some of you are saying, “Who?” I’ve come to believe that the Arts, to most of the protestant tradiiton, is the “red-headed step child” of the family. We need to change that. 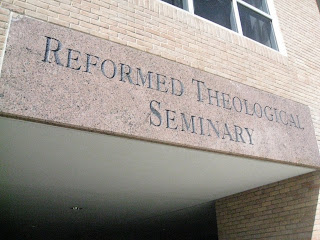 I want to change that. This is why I am going to school at Reformed Theological Seminary in Orlando for the next two years. I want to be a part of the generation that compiles a body of work about the arts for the protestant church that is Biblical, reasonable, and beautiful. I want to be able to say to that “red-head”, ‘Welcome back to the family!’ 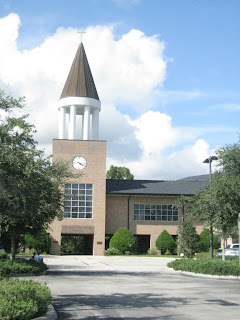 Why do I want to do this? So that people, all people, can see how truly beautiful the Gospel is, and ultimately that carpenter from Nazaeth, who was himself an artist. Afterall, he’s the one that told the story of the prodigal son.

PS. Many of the future blogs here will be about my experiences and thoughts from my Masters work. The ‘Bird’ of this blog, my wife, is not forgotten…she would be the first to say she’s not the writer of this family…there will be updates about what she has been creating and crafting as well.