The Place of Beauty: A historical and theological observation – part 4 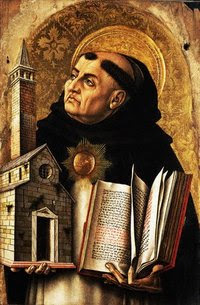 So what is beauty?

A good source for characteristics of beauty is Thomas Aquinas in his Summa Theologica. Several key advocates of the arts in the Church have referenced Aquinas as a guide to thinking about beauty.[1] In the Summa Aquinas writes:

Beauty must include three qualities: integrity or completeness – since things that lack something are thereby ugly; right proportion or harmony; and brightness – we call things bright in colour beautiful.[2]

Fuglie recounts that in the 20th century while the art world was humming along ignoring the content of beauty, there were several key “Neo-Thomists” who espoused Aquinas’ characteristics of beauty; one of those was Jacques Maritain.[3] 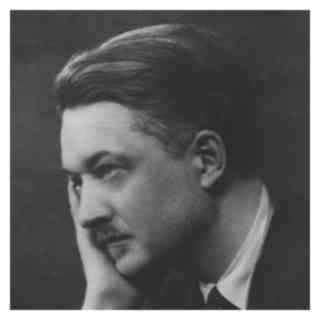 Maritain – in his book Art and Scholasticism – explained Aquinas’ summary of beauty this way:

What Aquinas/Maritain meant by integrity was not merely an “integrity” consistent with the artists skill and materials, but also the particular time the artists did their art. For example, the art of Picasso had a level of integrity because it remained within the boundaries of his medium…he wasn’t doing multimedia pieces, and the subjects he was creating were expressions consistent with the philosophies of the time and his own personal worldview. Had Picasso done his works in earlier centuries they may not have carried as much integrity due to being out of sync with the culture.

What is meant by “proportion” is in the work itself. Are the subjects in proportion to or harmony with one another within the art work? For example, Picasso’s “Guernica”. At first glance, some might observe that there is little in the work that seems in proportion because everything,—including persons, animals, and objects—is distorted…out of proportion. But remember that EVERYTHING in the work is out of proportion, so there is a harmony or proportion of distortion. Second, there is harmony between the subject and the distorted treatment of the painting. Picasso was portraying the physical horror after the bombing of the Basque town of Guernica by emphasizing some aspects over others. Again, Picasso is showing a proportion or harmony of distortion. Third, there is harmony with the subject emotionally in Guernica. Imagine being in Guernica as this bombing is taking place, wouldn’t the world seem out of proportion as the bombs fall?

As for “radiance”, Fuglie states that Aquinas/Maritain gave precedence to this characteristic.# Fuglie continued by quoting Maritain:

This mode of apprehending beauty is knowing “the splendor of the form on the proportioned parts of matter”; or alternatively, “it is a flashing of intelligence on matter intelligibility [harmoniously] arranged.” Maritain implies that radiance or clarity is knowable best when the mind is simultaneously relaxed and alert. By guiding our intellect to a contemplative state we set a “tripwire of anticipation” in our intellect to apprehend the integrity, harmony, and radiance that await our discovery in a work of art – or conversely, that are found to be absent.[5]

So radiance takes into account the other two characteristics. I believe the key point concerning radiance is the “tripwire” Fuglie mentions. Does the work hit you in some way? Picasso’s “Guernica” certainly shows—by history’s response to it—both, positive and negative that it does have “radiance”. I believe truth is certainly integral here. One of the “hits” a radiant work of art must do is hit you as true. “Guernica” seems to do just that.

None of Aquinas’ characteristics of beauty are beyond the reach of the current art world. In fact, they need to be explored and adopted in order for beauty to make its full return. It appears that Aquinas’ “radiance” is not far from the art world’s psyche, as Danto – when asked for a definition of beauty – said “you know it when you see it.”[6] Danto could have been saying that a beautiful work of art is one that hits you, perhaps one that has truth in it. Scarry wrote: “What is beautiful is in league with what is true…”[7] Alexander Nehamas describes an encounter with beauty that smacks of Danto’s statement:

Imagine yourself…on a street, in a restaurant or a gallery, at a party, during a lecture, a concert, or a game. You cast your eyes around, recognizing perhaps some people you know, stopping for a moment to glance at an outfit or two, lingering when you notice people talking to one another, distinguishing, so to speak, foreground from background, those you are especially aware of from others who mean nothing to you. And then, all of a sudden, everything becomes background – everything but a pair of eyes, a face, a body, pushing the rest out of your field of vision and giving you a moment of awe and a shock of delight, perhaps even passionate longing. For a moment, at least, you are looking at beauty.[8]