The Place of Beauty: A historical and theological observation – Part 5 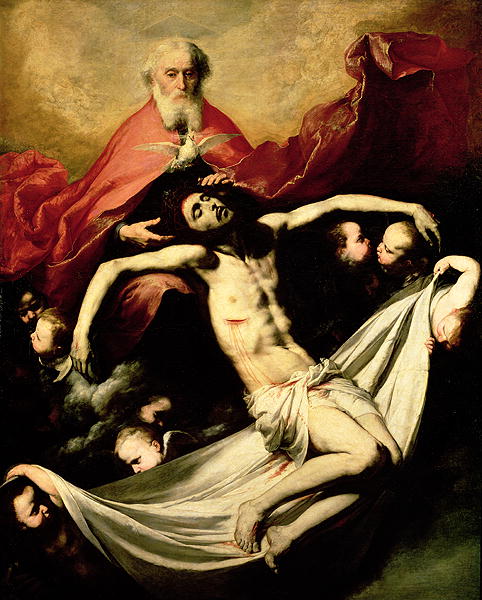 That being said, is perceiving integrity, proportion, and radiance in an art work truly enough to see and know full Beauty? I don’t think so. I came across many descriptions of beauty from people in the art world that are similar to Nehamas’ quote in the last blog post. Some descriptions were almost other worldly, or transcendent.[1] The latter half of Elaine Scarry’s quote I used earlier ends with a description of Beauty’s immortality, “What is beautiful is in league with what is true because truth abides in the immortal sphere.”[2] If Truth is in the immortal sphere and Beauty is united with Truth then Beauty is also in the immortal sphere.

I have shown some characteristics of Beauty that have their foundations in Aquinas’ short exposition in the Summa. Maritain and his fellow “Neo-Thomists” base their perspectives on Aquinas, and even Fuglie, whom I’ve cited quite a bit, bases his thinking of Beauty on Aquinas. But, what is at the heart of Aquinas’ position on Beauty?

The context of Aquinas’ statements on Beauty is the 2nd person of the Trinity, the Christ, Jesus of Nazareth. Aquinas saw the source of Truth, Goodness and Beauty as a transcendent source, as well as a personal source, he thought the source was God. Aquinas’ Beauty is theologically based:

Comeliness or beauty bears a resemblance to the properties of the Son. Beauty must include three qualities; integrity or completeness – since things that lack something are thereby ugly; right proportion or harmony; and brightness – we call things bright in colour beautiful. Integrity is like the Son’s property, because he is a Son who in himself has the Father’s nature truly and fully…Right proportion is consonant with what is proper to the Son inasmuch as he is the express Image of the Father; thus we notice that any image is called beautiful if it represents a thing, even an ugly thing, faithfully…Brightness coincides with what is proper to the Son as he is the Word, the light and splendour of the mind.[3]

Aquinas’ definition of Beauty hinges on a belief in God. Beauty is something that is transcendent, bigger than us, beyond but not outside our understanding—rather like God.

Aquinas and the Neo-Thomist – when talking about Beauty – usually did so in concert with Truth and Goodness, together sometimes called the “transcendentals”. Both Truth and Goodness are characteristics usually attributed to God.[4] As I quoted von Balthasar earlier, he believed that the loss of Beauty paralleled a loss of knowing and doing what is good. He elaborated on the relationship of Truth, Goodness and Beauty:

Beauty…dances as an uncontained splendour around the double constellation of the true and the good and their inseparable relation to one another. Beauty is the disinterested one, without which the ancient world refused to understand itself, a word which both imperceptibly and yet unmistakably has bid farewell to our new world, a world of interests, leaving it to its own avarice and sadness. No longer loved or fostered by religion, beauty is lifted from its face like a mask, and its absence exposes features on that face which threaten to become incomprehensible to man. We no longer dare believe in beauty and we make of it a mere appearance in order to more easily dispose of it. Our situation today shows that beauty demands for itself at least as much courage and decision as do truth and goodness, and she will not allow herself to be separated and banned from her two sisters without taking them along with herself in an act of mysterious vengeance. We can be sure that whoever sneers at her name as if she were the ornament of a bourgeois past – whether he admits it or not – can no longer pray and soon will no longer be able to love.

Von Balthasar’s warning about Beauty—though directed at religion (the church)—could also caution the art world. This is why Truth and Goodness are important—because Beauty is important. Scarry called Beauty sacred, unprecedented and lifesaving—three characteristics that seem very close to describing God.[5] This is why theology needs to participate in reforming the art world’s concept and content about Beauty, and why the church and the art world need to be in dialogue.

[2] Scarry, On Beauty and Being Just

[5] Elaine Scarry, On Beauty and Being Just