What I just finished reading… 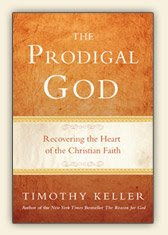 For the ten years I lived in NYC, from 1998 to 2007 I attended and was a member of Redeemer Presbyterian Church. Since my adolescence I had gone to a church associated with the Presbyterian Church in America, or PCA, and therefore sought out Redeemer (which is a part of the PCA) when I started going to NYC.

I relished the opportunity to do this when I first visited the city to minister there for a student summer project in the summer of 1995. From the late 1980’s I had heard about Redeemer and the PCA’s first excursion into planting a church in “The Big Apple”. I also began to hear about the teaching skill of the head pastor, Tim Keller and the phenomenal influence he and Redeemer were having on New Yorkers. It wasn’t that I was just hearing about people becoming Christians and growing in their faith, but also how the higher ideas, and the proud skepticisms of NYC’s intelligentsia were finding a gracious and reasonable challenger in the person of Tim Keller.

This was extremely compelling and important to me as I had just exited college (1990) where I had plumbed the depths of higher philosophy, and started to minister in Western Massachusetts…a region of the country not known for its adoration of Chirstianty, but for a similar skepticism found in the streets of Manhattan.

So you can imiagine how quickly I desired to darken Redeemer’s door when I first arrived in NYC for the Summer in the City project with Campus Crusade for Christ in 1995.

I was not disappointed.

I never missed a Sunday to hear how Tim would “apply the Bible to the current culture”. Which is how a childhood aquaintance summarized Tim Kellers teaching to me one time…I remember thinking “that’s exactly how to describe Tim Keller’s teaching.”

What does this have to do with what I read? Well, Tim recently released his second book, The Prodigal God. This book is a wonderful example of what years of contemplation and teaching can do to how and what you say about a classic passage in the Bible. It’s like seeing the story of the Prodigal Son for the first time…again…and it is kicking my butt. Keller completely disarms any conceptions you may have had regarding the parable of The Prodigal Son.

My favorite line actually comes from, of all places the acknowledgments where Keller gives essentially a summary of what every real follower of the Nazarene ought to aspire too….” to be theologically sound, completely orthodox, and yet unfailingly gracious…”, would that I could say I am in that place.

I truly believe that this book will find its place among the classics of Christian literature…The Confessions of St Augustine, Bunyan’s Pilgrim’s Progress, Chesterton’s Orthodoxy, Lewis’s Mere Christianty. As I write this I wonder at my audacity, but I have no other category in which to place this book, it’s that good.

So if you haven’t purchased a copy buy one and 5 others to give to your friends, whether believing or not.