The Place of Beauty: A historical and theological observation – part 2 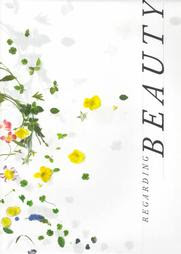 As a result of this self diagnosed lack of beauty, the art world began to hold conferences and seminars that addressed the topic (SEE Fuglie). Others, including Danto, wrote of the subject of beauty. However, there seemed to be a lack of integrity to their content. It wasn’t that what they were saying wasn’t true, but—after almost a century of usurping traditional views of beauty—the art world lacked the vocabulary to articulate that which was lost. Fuglie summarizes this well:

Two hundred years of Kantian subjectivity coupled with the spurning of the beautiful by Modernist avant-gardes have left us with an impoverished language for the discussion of beauty or of aesthetics in general. Attendees at the symposium for the exhibition Regarding Beauty at the Hirschorn Museum in 1999 heard a great deal of discussion about the topic of beauty by principle speaker Arthur Danto. But when pressed for a definition of beauty’s characteristics, he was not willing to go beyond the…bromide of ‘you know it when you see it.’[1]

Hans Urs von Balthasar once wrote about what happens when a world loses beauty:

In a world without beauty—even if people cannot dispense with the word and constantly have it on the tip of their tongues in order to abuse it—in a world which is perhaps not wholly without beauty, but which can no longer see it or reckon with it; in such a world the good loses its attractiveness, the self evidence of why it must be carried out.[2]

Whereas the modern art world could claim the loss of beauty as an inadvertent action, the loss of beauty…and art…in the Protestant Church would find a harder time claiming ignorance (but that’s a topic for another day). Regardless of how the art world and the Church arrived at their prospective points, both seemed to have shared the timely rediscovery of beauty. 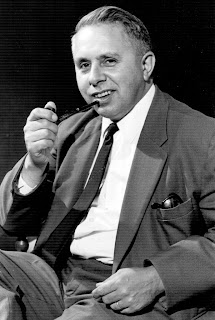 In the Nineties—while Scarry, Hickey, Danto, and the rest of the art world were tackling this new concept of beauty—seeds of the importance of beauty and art planted back in the 60’s and 70’s by such individuals as Francis Schaeffer and Hans Rookmaaker were finding fertile ground among Christians in the arts. The same year that Elaine Scarry was making her laudable defense of Beauty at Yale, Steve Turner a British poet and journalist did several lectures to groups of artists who were Christians in Nashville.[3] Those lectures later became his book Imagine: A vision for Christians in the arts.[4] Turner, spent some time at L’Abri, the noted community started by Francis Schaeffer in Switzerland. And it was there that he, and others[5] were exposed to a worldview that looked at art on its own terms, in light of God and the Bible. They desired to see art made by Christians freed from the constraints of solely being used in church worship and evangelism as religious tools. Instead, they longed for the work to enhance the beauty of His creation and church.[6] Also, in the Nineties, noted painter Makoto Fujimura—after finishing study in Japan—moved to New York City where he founded the International Arts Movement (IAM). The purpose of IAM is to create the “world that ought to be” through encouraging people to wrestle over issues of art, faith, and humanity. Its rise as an organization has paralleled Fujimura’s—who has become a leading spokesperson for the Church and the arts (but more about him later).[7]

Academia was also a part of this growth in the interest of beauty and art in the Church. In 1997, Jeremy Begbie founded the “Theology through the arts “ project at St. Mary’s College the University of St. Andrews in Scotland. This program—along with his speaking, writing, and teaching—is becoming a strong basis for articulating a fuller theology of beauty as related to the arts and the Church.[8] 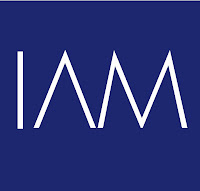 Since 2000 the growth of resources and interest inside the Church has grown steadily. Beyond that, a myriad of conferences by IAM, and Christians in the Visual Arts (CIVA) have grown in influence.[9] Books by authors like Andy Crouch, Nancy Pearcey, sociologist JD Hunter, plus lesser known works by TM Moore and David Hegeman contribute to the forming of a theology of the arts. The periodical Image Journal—with the tagline “Art, Faith, and Mystery”—was launched in 1989. This journal and their sponsored events—like “The Glen Workshop” held annually in Santa Fe, New Mexico—are setting a foundation of critical theological and philosophical thinking about art and culture, and are also influential in the production of cultural artifacts…beautiful art.[10]

[8] Begbie is now at Duke Divinity School in North Carolina heading their “Duke Initiatives in Theology and the Arts”.

[9] A conference IAM did in 2002 in partnership with Image Journal called “The Return of Beauty” was based on Elaine Scarry’s book.